One more amazing news for Estonia!

Not only one of the biggest festival of colours will take place in Estonia this summer, we are happy to announce that India`s most famous artist will also perform at this festival!

On the 16th of August, much talked about festival of colours will take place in Estonia and well known India`n artist – PANJABI MC, who is also the No.1 Holi DJ in the world, will perform his famous hits „Mundian to Bach Ke“, „Jogi“, „Moorni“ and „Beware“, where Panjabi MC collaborated with Jay­Z. More than 12 million sold singles in just a few years. He has also won the MTV EMA 2003 award and the „Best Dance Act“ prize. 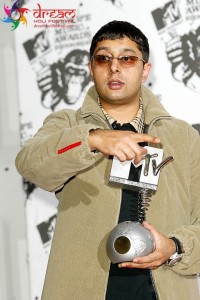 DREAM HOLI FESTIVAL – it is world`s biggest festival of colours. The roots of this event go back far to the past. Festival HOLI has won the heart of many people in the whole world and now, many Estonians and guests from other Baltic states will have the chance to participate in this memorable event HOLI Festival is an ancient Indian festival with many traditions and rituals. Holi is known as a cheerful holiday in honor of the victory of good over evil and it involves all family members, young and old. One of the main rituals of the festival is a game of colors, during which participants shower each other with colored powders, the spectacle that it creates, is unforgettable.